Aaron talks to us about his first-hand experience of Dick Lovett's desire to promote from within. 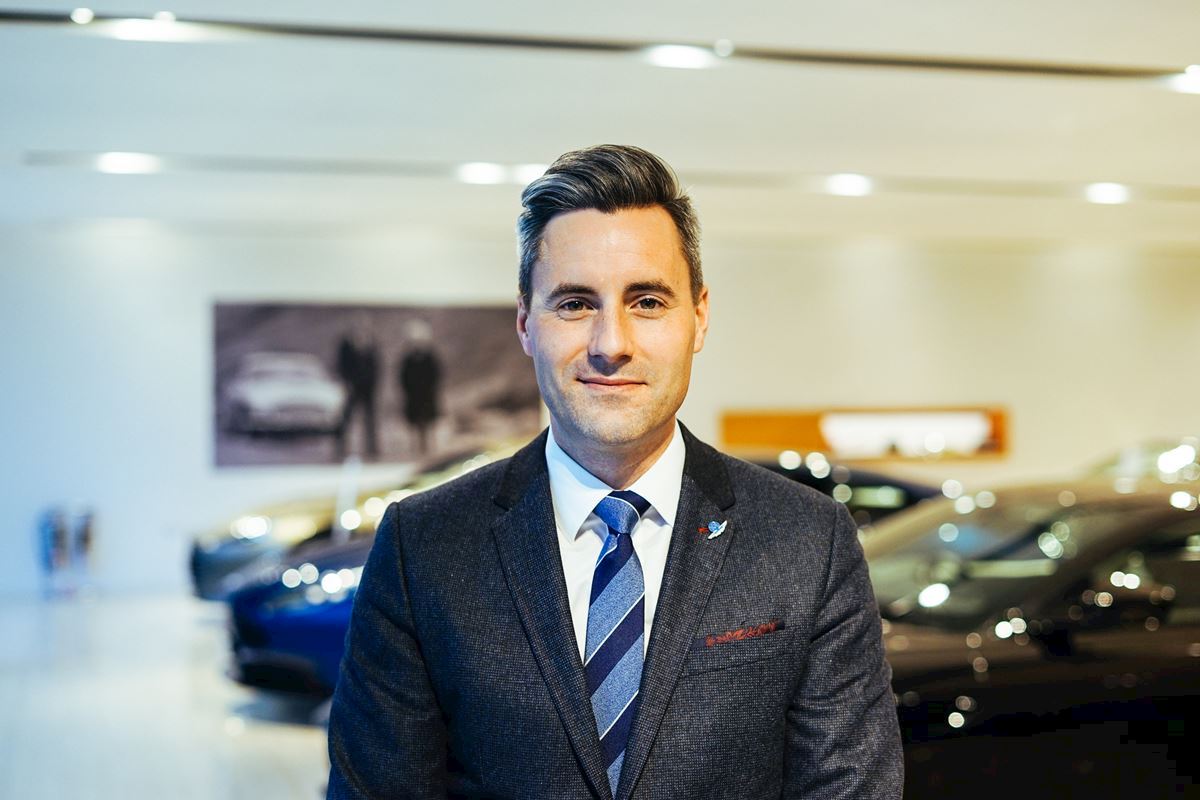 After completing a Motor Vehicle Apprenticeship with Volvo Trucks, Aaron talks to us about his journey from the land of Commercial Vehicles to becoming Dealer Principal at our first-ever Aston Martin dealership in Bristol.

"After completing a Motor Vehicle Apprenticeship with Volvo Trucks, I continued on my studies to achieve a Higher National Certificate in Motor Vehicle Management. It was at this time that I decided to move away from commercial vehicles and find an opportunity within the prestige car market."

"I stumbled across the Dick Lovett Porsche website which had a vacancy and attended an interview for the position of Service Advisor. Although I had impressed, I was pipped to the post by an internal applicant; a very early indication for me of a company that develops staff from within!"

"Some months later I received a call from Dick Lovett BMW in Hungerford who asked if I was still interested in pursuing a new opportunity; a few weeks later at the age of 21, my career with Dick Lovett began."

"It was clear to me from the very start of my career, the people of Dick Lovett are different! There is an infectious culture that creates a sense of pride in each and every staff member. Regardless of an individual's job role or location within Dick Lovett, there was a distinct positivity emitted and an attitude quite like nothing I had ever experienced before and I wanted to be a part of it!"

"I learned a lot from the Managers I was fortunate enough to work with at Hungerford and in particular, how to be a good manager of people. These early lessons in effective team leadership I feel has contributed significantly to my success and the success of the teams I have managed since."

"After completing 5 years for Dick Lovett and progressing from Service Advisor to Deputy Service Manager at Hungerford, I was awarded the role of Service Manager at MINI Swindon. I worked with this fantastic team for a further 5 years, all the time building on our successes. The Dealership was awarded a significant mark of achievement and declared as 'Aftersales Retailer of the Year 2014' by MINI UK. To see the team's hard work and commitment rewarded with such an accolade was an incredible feeling for me... I felt like a proud Father!"

"At the beginning of 2015 I took up the role of Group Aftersales Manager. There was no proof I had to offer or evidence to suggest that I would be successful in such a role. All that could be considered was the 10 years service to Dick Lovett; succeeding in every role entrusted to me so far, always putting both hands up for development and training, always pushing myself to be a better leader, a better manager and always trying to build a better environment in which my team can succeed. This was a new role to the Group and a new role to me and clearly highlights the faith and trust placed in me by my seniors."

"In April 2016 I was delighted to be offered the position of Dealer Principal at our new Aston Martin dealership in Bristol. I was overwhelmed to be offered such an amazing opportunity to work with one of the world's most recognisable motoring brands and setup our new dealership."

"Dick Lovett are a great family company to work for and its foundations are set on the people we trust to provide the best possible service to our customers. I have been invested in throughout my career with Dick Lovett as has every other staff member, not to mention the industry leading Manufacturer training that comes with being partner to some very prestigious motor vehicle brands."

"My advice to anyone wanting to progress their career is to challenge yourself to succeed in the areas in which development is required, repeat this over and over throughout your career and ensure you do not give up being positive. Some challenges will take longer than others to overcome, however your determination and resilience will see you through."