From paperboy to Dealer Principal of Ferrari, Matthew explains how P.R.I.D.E was his foundation for growth in Dick Lovett. 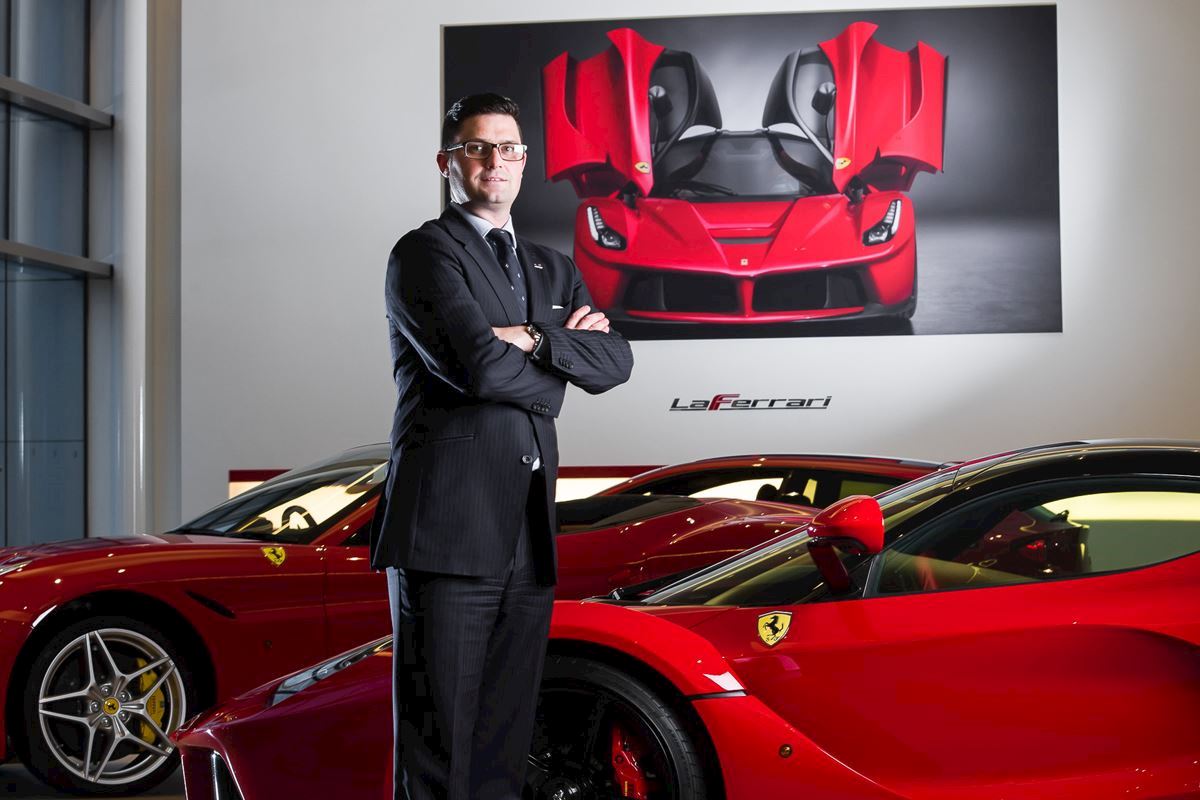 "As a teenager, I used to deliver Peter Lovett’s (our Chairman) newspapers and serve fuel at the petrol station in the village where we lived."

"I completed my school work experience with Dick Lovett Porsche in 1990 at the age of 15. The two weeks I spent in the Service, Parts, Washbay and Sales departments confirmed that the motor trade was for me!"

"When I was 16, I enjoyed a summer washing the used cars outside of our BMW and Mercedes dealerships in Swindon. I got to know the company, some of the people and I got a grasp of working life and what the motor trade was all about. This confirmed Dick Lovett was for me!"

"The next year I was approached by Peter and the Personnel Department to attend an interview to discuss my future. On the 6th March 1995, I started work as a Trainee Sales Executive at Dick Lovett Porsche – Wow!"

"I soon grasped our company ethos of P.R.I.D.E (Personal Role in Delivering Excellence) and used this as the platform to grow."

"On the 1st June 2001 I became Sales Manager at Porsche Centre Swindon – Wow!"

"On the 1st January 2005, I achieved my greatest career achievement to-date by becoming the youngest Porsche Centre Principal in Europe, when I was asked to run our Porsche Centre in Bristol – Wow!"

"In July 2011, I joined the team at Ferrari Swindon and soon became a major part of building 'The Copse', Ferrari's largest dealership in Europe – Wow!"

"As you can see, I have enjoyed many roles within the company. Representing Dick Lovett and the wonderful brands is an honour. The job also brings some superb opportunities to travel the world, take part in some money can’t buy experiences and meet some great customers and colleagues."

"The paperboy with not many GCSE’s still has WOW days and I aspire to run the company one day!"